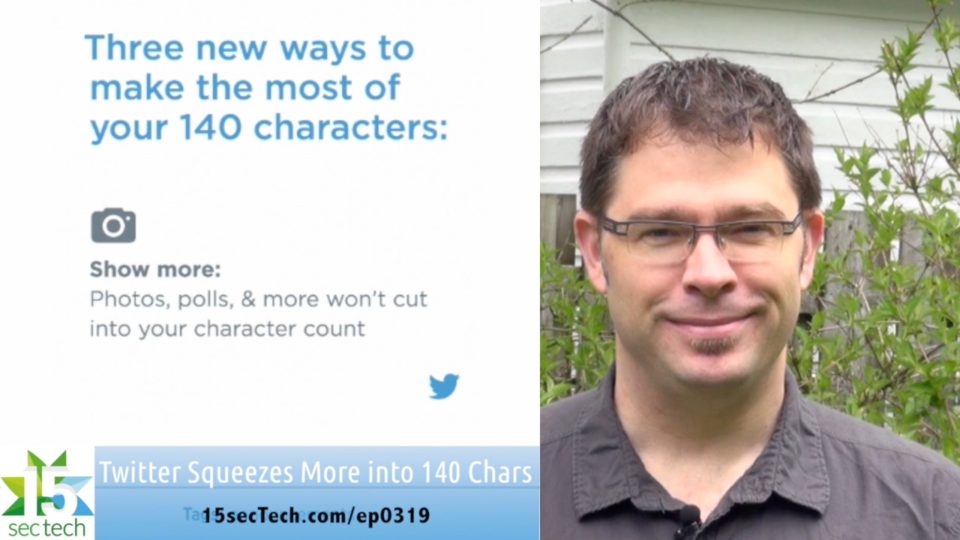 Here are some of our favourite episodes of our short-form tech show, 15secTech.

Twitter announced upcoming changes that will let you do more with 140 characters by excluding @reply names and media attachments, including photos, GIFs, videos, and polls, from your character count. You’ll also be able to retweet & quote your own tweets and more, with all this rolling out in the coming months. – Jeff MacArthur

It looks like Netflix wants to make sure that we don’t have troubles streaming our favorite shows, as they’ve just a new service called Fast.com that will allow people around the world to check their internet download speeds for free. – Amber Mac

Want to do a little #quantum cloud computing? #IBM Research has you covered – @larakillian on #15secTech

IBM has opened up public access to its new quantum processor via the IBM Cloud. Users accessing the IBM Quantum Experience will be able to experiment with qubits and run algorithms that would be challenging for traditional computers. IBM Research’s director is calling this the birth of quantum cloud computing. – Lara Killian

VISR is an innovative new app that helps parents monitor their kids’ social media accounts, alerting them to bullying, violence, and other online safety considerations. My co-author and I just talked about this in our new book, Outsmarting Your Kids Online. – Amber Mac

New #security considerations for fingerprint vs. password on your #iphone & other mobile devices in US – @larakillian on #15secTech

A US court case recently resulted in an individual being forced to use her fingerprint to unlock her iPhone, though requiring her to use a password to access the device would have been against the fifth amendment. Several such cases have emerged in the last few years, so it’s worth some thought on whether you prefer convenience to security when protecting your device. – Lara Killian

Test & compare your internet connection with SpeedTest.net from Ookla – @larakillian on #15secTech

If you ever find that your Internet connection is suspiciously slow, try Speedtest.net from Ookla. The site (and companion apps) will test your broadband connection in real time, show you how it compares to other connections worldwide, and let you rate your ISP. Since the tool launched, over 8 billion connections have been tested! – Lara Killian