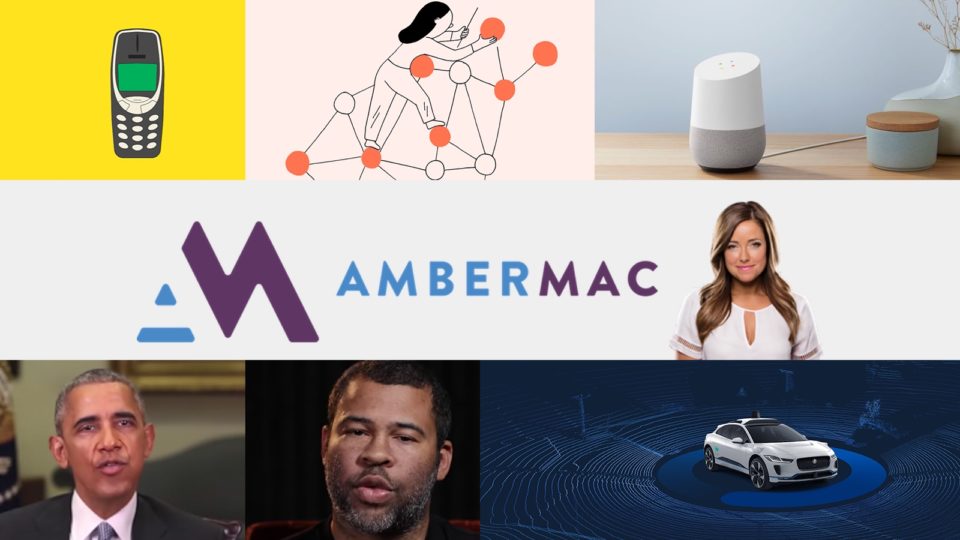 We are living in the fast future. As we kick off 2020, one of the most disruptive technologies of our time will see some incredible advancements over the coming months. Here are the top 5 AI trends that I believe will dramatically change the way we live, work, and play.

After three months of owning a smart speaker in our house, our young son walked into a hotel room while we were on vacation and said, “OK Google, play my favorite playlist”. His experience is not unique. In fact, it’s more of a Gen Z expectation. When you grow up in a home with voice assistants, you grow up talking to machines. In fact, according to Google, 41% of people who own a voice-activated speaker say it feels like talking to a friend or another person.

In 2020, comScore has stated that 50% of all searches will be voice searches (mostly on smartphones, but the shift to smart speakers is happening swiftly). Sure, maybe your voice assistant doesn’t understand your every word right now, but the technology is improving at a rapid pace. According to a recent study from Loup Ventures in the summer 2019, here’s how the top voice assistants fared in terms of answering questions accurately: Google Assistant scored 93%, Siri 83%, and Alexa 80%.

Some of the most interesting innovations are happening with voice on the AI front, but it’s also worth mentioning that audio content will continue to have its moment in 2020. According to RollingStone, Spotify has spent a whopping $400M on acquiring podcast content and distribution companies in the past month.

“Tesla’s Autopilot Could Save the Lives of Millions, But It Will Kill Some People First.” This Bloomberg Businessweek cover story speaks the truth about the future of autonomous vehicles. Its sub-header is perhaps even more telling, “The complicated ethics of Elon Musk’s grand autonomous vehicle experiment”. Nearly 1.25M people die in road crashes every year (that’s 3,287 deaths a day), according to the Association for Safe International Road Travel. The US Department of Transportation researchers estimate “that fully autonomous vehicles could reduce traffic fatalities by up to 94% by eliminating those accidents that are due to human error (ZDNet.com)”. It’s not perfect, but it’s a worthwhile improvement.

While we won’t see fully autonomous vehicles overnight, it’s important to remember that there are 5 levels of automation possible and we’re already seeing Level 1 through Level 3 in many new cars (driver assistance, partial automation, and conditional automation). On university campuses, as one example, we’re seeing experiments such as the City Driverless Shuttle at the University of Michigan. This research experiment included two fully-automated 11-passenger all-electric shuttles that ran on campus from June 4 through December 13, 2019.

Thanks to the power of AI (specifically, deep learning tech), we are seeing a rise in the number of fake video or audio recordings. As The Economist explains, this means that “Computers can generate convincing representations of events that never happened”. Imagine today’s chaotic world of fake news supercharged with video and audio clips of world leaders, business executives, and everyday people saying things that they never said at all. This is a clear threat to democracy on a global scale.

While creating a deepfake video takes some skill today, many experts, such as ex-Facebook engineering lead Ben Cunningham, are predicting that such a deepfake video editing app will become mainstream in 2020. In this dark world of synthetic content, there are some stories of deep fakes for good. As one example, David Beckham starred in a viral where this same technology allowed him to educate viewers in nine languages about malaria.

“The illiterate of the 21st century will not be those who cannot read and write, but those who cannot learn, unlearn, and relearn.” That Alvin Toffler quote rings true in 2020 as we face the age of automation. Recent research studies estimate that up to 50% of workers are at risk of losing their jobs over the next decade. Oxford Economics expects that in China alone approximately 14M robots will be on the job by 2030.With dramatic change on the horizon, all of us will face an evolving world of work. Embracing a learn-it-all culture is quite possibly the key to surviving this change, something Microsoft’s CEO Satya Nadella fully embraces. This can be as easy as listening to a podcast series to enrolling in a course.

Simply put, 5G is the next generation wireless technology. While we can think of previous generations connecting people, this fifth generation will connect people and machines. The future of autonomous vehicles is dependent on this infrastructure, since it will mean that cars can communicate with each other, with traffic signals, and more. Coupled with AI, 5G will transform other industries as well.

As The Wall Street Journal explains, “The convergence of artificial intelligence with internet-connected machines and superfast 5G wireless networks is opening possibilities across the planet – and even in outer space. These advancements are allowing farmers to pick the optimal way to grow crops, pharmaceutical companies to shorten the development times of new drugs, researchers to track pandemics, and cities to manage their resources in a manner that was pure science fiction at the turn of the millennium.” In simple terms, it took almost five hours to download an 800MB movie on 3G in 2001. With 5G in 2020, that same size movie will be downloaded in one second (TechSpot).