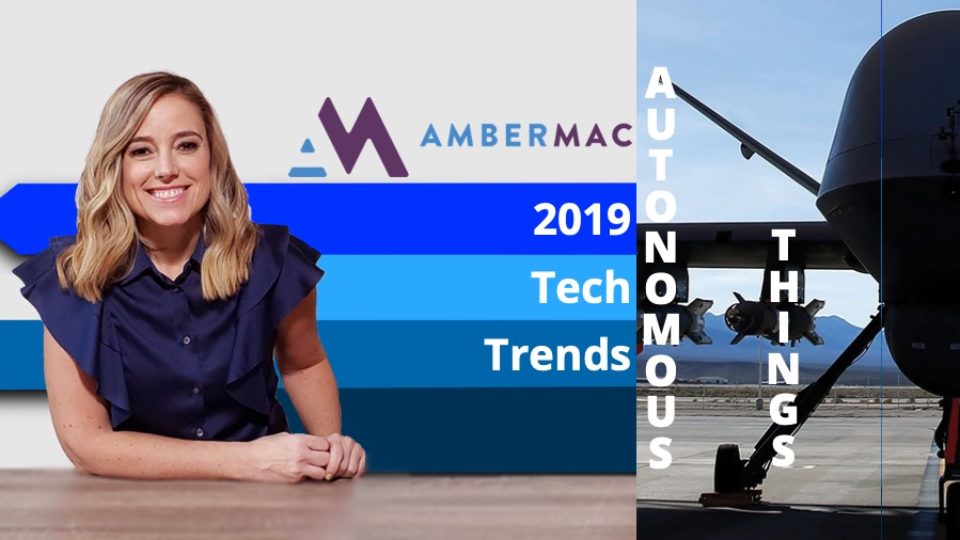 Welcome to 2019 (and thank you for all your support in 2018). To kick off a new year, I’m sharing a mini-series of posts covering my top 5 tech trends – these trends will affect the way we work, live, and play.

One of the most popular autonomous things in the world today is the self-driving car. However, lawmakers are struggling to figure out how to prepare for the surge of autonomous vehicles soon coming to a road near you. As Gartner shares, “By 2021, 10% of new vehicles will have autonomous driving capabilities, compared to less than 1% in 2018.”

Cars aside, we must also consider other autonomous things such as drones, robots, and toys. These technologies will change the future of warfare, work, and play (and hopefully not all at once). While we’ve seen drones in warfare for decades, today they can exist without much human operation. To understand these consequences, E&T Magazine puts it best, “Unlike remotely piloted aircraft, autonomous drones – commonly defined as ‘system initiative’ and ‘full autonomy’ in military terminology – can act accordingly based on a choice of options. They can be programmed with numerous alternative responses and react according to the different challenges they may encounter while performing a mission.”

Just on the heels of the holiday season – and days before the Consumer Electronics Show – autonomous toys are also worth noting. After all, e-commerce giant Amazon released a self-driving toy car for coders late in 2018, a toy that allows customers to train and tweak machine learning models. Finally, autonomous robots made headlines this year, especially as a threat to the future of work. As Robotics Tomorrow explains, “From robot helpers in our workplaces to autonomous vacuum cleaners in our homes, we are entering a new era of robot-human cohabitation, where little machines facilitate our lives in unprecedented ways.”

We’re already using autonomous technology in our lives today, whether we realize it or not. These machines are more frequently where we go to check into a hotel, take out money from a bank, and prepare coffee in the morning. To read more about the future of work in the age of autonomous things, check out Human + Machine. 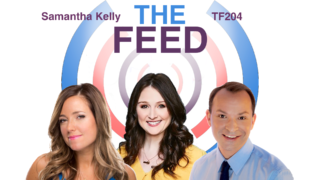 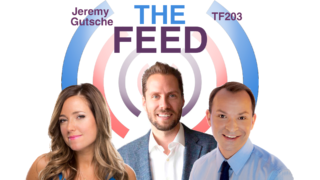 TF203: CEO of Trend Hunter, Jeremy Gutsche, discusses his new double-sided book, Create The Future & The Innovation Handbook. Top trends are discovered in the 2020 Trends Report with David Glazer of Info-Tech. Plus, Dan Bowden of Aō Air reveals facewear that will save you from pollution. In Socially Speaking,… Read More 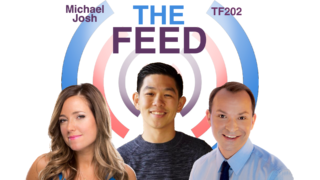 TF202: We talk to Michael Josh from GadgetMatch about what the major companies are doing in terms of sustainability in the realm of tech. Plus, we see how families can begin to positively impact the environmental future of the earth with the president of Earth Rangers, Tovah Barocas. Also,… Read More 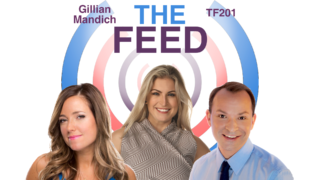 TF201: We talk to happiness researcher, Dr. Gillian Mandich, on how we can stay happy in the workplace. Plus, we discuss flying cars and the future of automotive tech with Nicole Scott from Mobile Geeks. Also, our favorite internet Dad, Brittlestar, on why he is making TikTok his platform… Read More 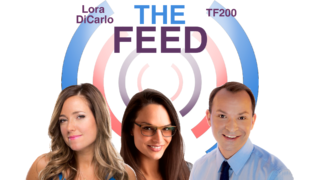 TF200: We talk to Lora DiCarlo about her sexual wellness company and her challenges with being recognized at CES. We also break down three products on our wishlist that were highlighted at this year’s CES. Plus, we chat with Davide Vigano from Sensoria Health about their new remote patient… Read More 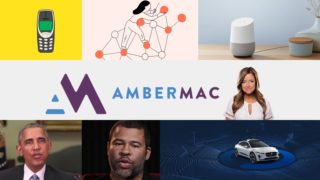 We are living in the fast future. As we kick off 2020, one of the most disruptive technologies of our time will see some incredible advancements over the coming months. Here are the top 5 AI trends that I believe will dramatically change the way we live, work, and play. Read More

"(#WhatsApp's) 'Invite to Group via Link' feature allows groups to be indexed by Google and they are generally available across the internet. With some wildcard search terms you can easily find some… interesting… groups." ...

PSA: Your WhatsApp groups may not be as private as you think

Don’t count on your private WhatsApp group being as private as you think. An important PSA has been making the rounds today after DW journalist Jordan Wildon noted that using Whatsapp’s “Invite to Group via Link” feature lets groups be indexed by search engines. Your WhatsApp groups may not ...
View on Facebook
·Share