TF167: We chat with Brian Heater from TechCrunch who weighs in on the recent sales slump with iPhones and shares how Apple is rethinking their sales strategy for 2019. Also, we look into apps for helping you deal with mental health. Plus, Taylor Lorenz from The Atlantic joins us to… Read More 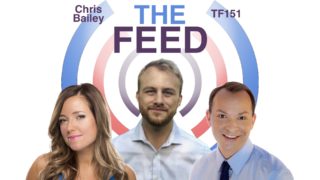 TF151: We learn how Plantui Smart Garden can help those of us without a green thumb. Plus, we talk to author Chris Bailey about his new book, Hyperfocus, which reveals how to be more productive in a world of distraction. Also, GadgetMatch’s Michael Josh joins us to talk about all… Read More

Apple’s September 2018 event was mostly about iterating on existing technology, but there were a few surprises, too. Here is all you need to know, plus a timeline of when everything will be released (because we love you). New 2018 iPhones Apple introduced three new iPhones – the iPhone XS… Read More 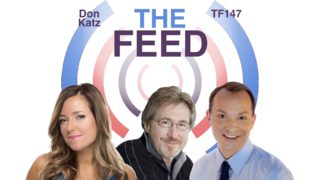 TF147: Audible CEO Don Katz joins us to talk about a new study that determined that listening to audiobooks is more emotionally engaging then watching TV. Also, Open AI fills us in on how they put together a team of robots that beat humans at Dota 2, one of the… Read More

TF146: We talk to Ryan Duquette, our cybercrime specialist from Hexigent, about Apple’s decision to block law enforcement’s access to the iPhone. Also, our favorite Internet video star @Brittlestar joins us to talk about Instagram’s new venture, IGTV, which gives video creators the ability to produce and share up to… Read More

"…discontinuing the original #HomePod last year, users were eager for a new iteration of the company’s bigger smart speaker. Although its mini version is slowly expanding globally, it feels that Apple’s audio ecosystem is lacking a more powerful speaker." ... See MoreSee Less

Everything we know so far about a new HomePod model

With Apple discontinuing the original HomePod last year, users were eager for a new iteration of the company’s bigger smart speaker. Although its mini version is slowly expanding globally, it feels ...
View on Facebook
· Share

"The Russians have a deep commitment to lying to p

When it comes to social media, there is a messy de

When posting videos, use captions so that anyone w

Tech billionaire Elon Musk wants everything to be

Here's a quick recap of some of the headlines you'

When posting or texting, think about how you use e

I know Sunday mornings are busy, especially for pa

How can restaurants and hospitality finally let go