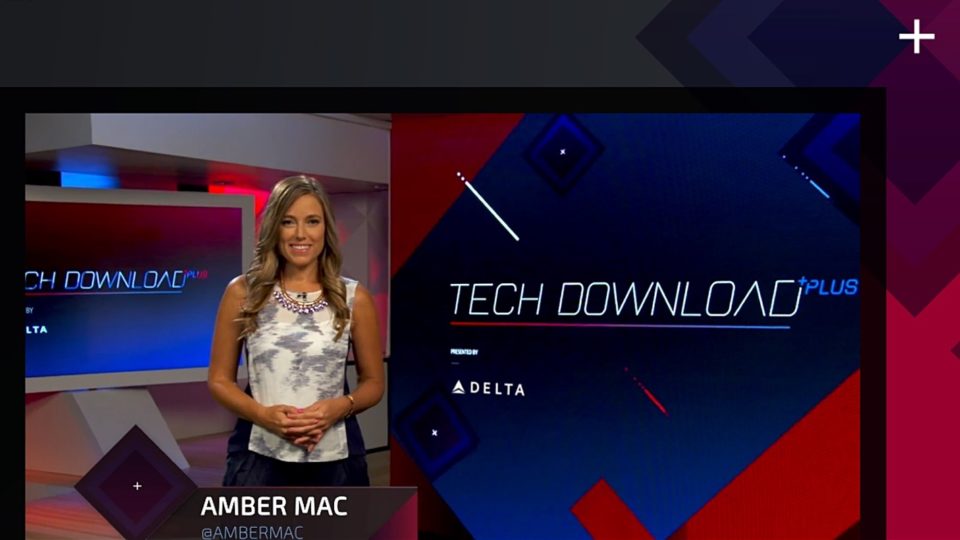 I’ve done a number of video series over the course of the past decade, but #TechDownload is the first show I’ve hosted for in-flight entertainment.

As a frequent flier, I know how boring it can be up in the air. There have been times, I confess, that I’ve meticulously renamed old files on my computer just to pass some time. There have been other times, I must admit, that I’ve watched the worst movies on the planet (I’m talking 5% ratings on Rotten Tomatoes) just hoping the hours will fly by.

For travellers flying Delta Airlines, there are now more than a dozen new episodes of #TechDownload available. What’s different about this program compared to others shows I’ve hosted is that the producing team behind the program is venturing around the world to capture cutting-edge stories about how technology is changing our future. As a writer on the series, I’m also learning a lot about everything from 4K technology to solar cooking to printing prosthetics.

If you’re not flying in the near future, don’t worry, you can check out these episodes online. Even better, if you know someone who is interested in learning more about what’s next in tech, please share this blog post with them or with your social circles. Throughout the series I’ve often asked for your comments to include in the show. Each and every episode we feature some of your feedback, so thank you for making #TechDownload a success.

Here are a few of my fave episodes to get you started:

P.S. If you catch the show while you’re flying Delta Airlines, snap a pic and tweet it to my @ambermac account!