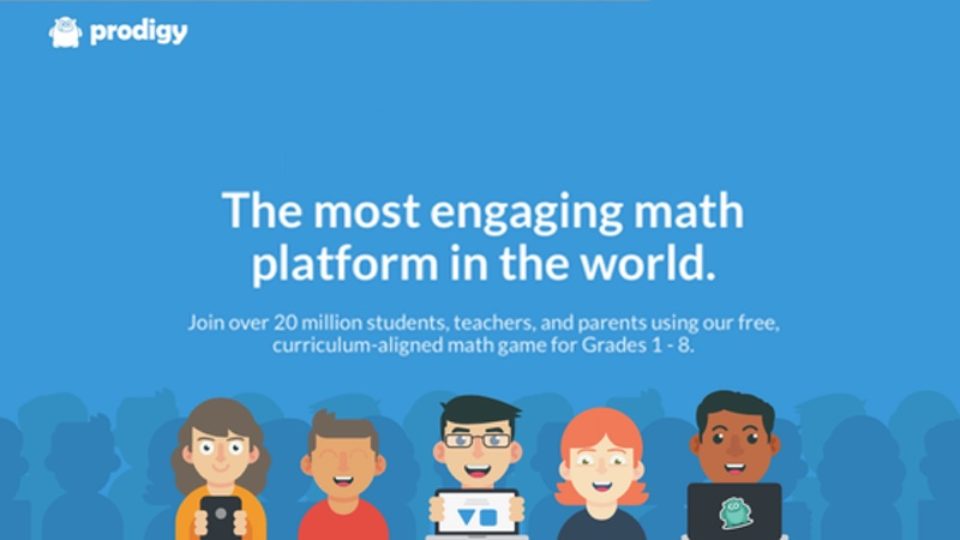 Lots of kids love math, but some need a little extra encouragement to discover how fun math can be. My son (AKA Gamer Zookeeper) is now in Grade 3 and is diving into patterns, division, and multiplication. Like most students, he learns best through storytelling, so when Prodigy Game approached us to test out the game, he was eager to participate (to say the least).

This math game encourages kids to answer math questions for a chance to earn special spells on their way to the Wizard Academy. These spells allow them to fight (friendly) monsters along the journey. Prodigy Game does an assessment to place every child at the appropriate learning level. The makers of the game explain that kids starting in Grade 1 through Grade 8 will learn more than 900 math skills when playing Prodigy.

For example, aside from the basics my son learns in Grade 3, the app will also teach him subtraction to 1000, addition to 1000, rounding, and conversion. Today, more than 20 million students are using this app, something you might want to mention to your child’s math teacher since there is no fee attached for schools to use this educational tool in classrooms.

Parents also participate. As a parent, you can view your child’s progress with Prodigy by signing up for a free parent account. You can track where they’re at in the game and get real-time reports. Parents can also purchase an optional upgrade for their kids (for just $4.99 a month), which unlocks members-only treasure chests and new upgrades for characters, plus activates mini game power-ups. The upgrade is completely optional and doesn’t affect the educational aspect of the game at all!

In short, there are two play-based learning scenarios: your child can play in their class or at home (in a browser or on an iOS device). My favourite tech advice site, Common Sense Media, gives Prodigy Game an A+. As they explain, “One of the highlights of Prodigy Math Game is the adaptive platform that gives kids a personalized learning experience.”

It’s safe to say with over 20 million students and a teacher using the software, Prodigy Game is making their mark, which is why it’s one of Canada’s fastest growing tech companies. If you’re interested in working in a dynamic, innovative tech company, you should check out their job opportunities here.

You should also watch Gamer Zookeeper’s video review below or on YouTube.

This post was sponsored by Prodigy in a partnership with Amber Mac to provide you the most up to date facts, helping you make better informed decisions. All opinions in this article are my own.