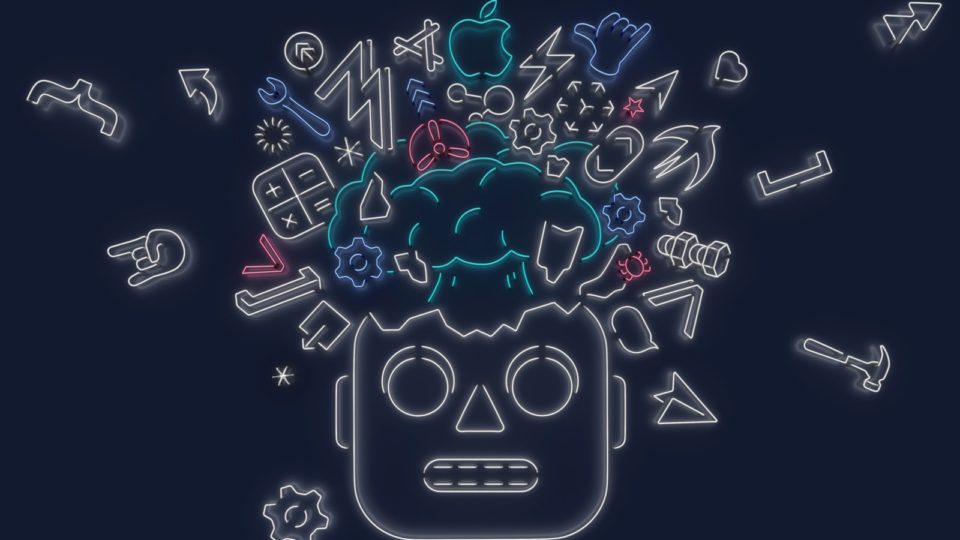 Apple had its annual Worldwide Developers Conference kickoff keynote yesterday and there were a LOT of announcements. In addition to the usual OS updates, Tim Cook also revealed an enormously powerful new Mac Pro plus improvements to Siri, HomePod, AirPods, and more. Plus, as I won’t bother mentioning in each of the sections below: dark mode is basically available everywhere now.

I’m starting with watchOS because it has the coolest new feature (for roughly half of its wearers): Menstrual Cycle Tracking. I’ve been told there are lots of third-party apps for this, but it’s great to see it integrated into the Health app (on Watch and in iOS) with features like predicted timing for your next period, fertility window, and a log function to track other details.

Apple has also extended activity tracking to a full year, and will notify you of trends for key metrics like active calories, exercise minutes, walking pace, and others. This is very helpful in keeping your eye on your long-term health and I can’t wait to use it.

Another unexpected but welcome addition is a loudness monitor and associated Noise app (and complication) to protect hearing, which can become a problem for many (especially as we get older).

Apple has also added its own Audiobooks, Voice Memos, and Calculator (with tip calculation and bill splitting for the win!) apps to watchOS and introduced a standalone App Store for the Watch (complete with previews and purchasing).

Of course there are also cool new watch faces, bands (including a nice rainbow pride band), haptic alerts (e.g. a wrist tap on the hour), streaming audio improvements, and more.

Big news first for our fav desktop OS: iTunes has been replaced by a trio of apps…

But where will you sync all your devices? In the Finder, of course – they’ll appear in the sidebar when plugged in and you can adjust their settings through a custom interface.

Maybe the most useful addition that Catalina has in store for many of us is the ability to use your iPad as a second display for your Mac. Called “Sidecar”, this technology works wired and wirelessly and can even be combined with Apple Pencil (now with even lower latency) use for a level of interaction that no trackpad can provide.

Continuing its excellence in supporting accessibility, Apple has enabled voice control for the entire interface of the Mac. This is a really cool implementation with optional target number overlays (by saying “show numbers” or “show grid” to specify interface items, locations on a map, and more – the demo video is worth a look).

On the security front (and in addition to other improvements in this area), Apple has combined Find My Friends and Find My iPhone into a new “Find My” app that will help you locate your Apple devices. In fact, any Macs with the T2 Security Chip now support Activation Lock to make them less steal-worthy, plus “the location of a lost or stolen Mac can be securely and anonymously relayed back to its owner by other Apple devices, even when it is offline” (thanks to some low-power Bluetooth beacon wizardry).

To round things out: Screen Time is coming to the Mac (am I seeing a pattern here? 🙂 ); there are new AI-related browsing features in Photos; Mail adds mute and other features; Notes has a new Gallery view (thank god); and Reminders has been redesigned (looking forward to trying that out).

Continuing with the pattern of muting the differences between the desktop and the iPad, Apple announced Project Catalyst (I believe this was previously referred to as Marzipan?). This technology lets developers easily create native apps (so typically faster and more extensible than browser-based apps) that work across the iPad, iPhone, and iMac. Apple has already been using this to create its own News, Stocks, and Home apps on macOS Mojave, but Catalyst will open up that technology to all developers (including Twitter, who will be releasing their own desktop app using Catalyst, as well as Atlassian’s JIRA bug tracking tool). This is a very cool way to drive Mac adoption and improve cross-compatibility between devices that I think will bring a bunch of cool apps to the Mac (including lots of games, I’d bet).

Also important in the app development department (relevant to coders only, really) is the release of SwiftUI, which helps make interface development easier through automated code, real-time previews, and more. Lots of other dev-related announcements as well (ARkit 3, Create ML, etc.).

Speaking of the iPad, it now has its own OS. This makes some sense taken in conjuction with related iPad announcements that are making the platform more powerful and flexible than ever:

But perhaps the most surprising thing to be announced is that you can finally plug USB drives, cameras, and more directly into your iPad and see and interact with their contents (using an improved Files app, which now has column views, folder sharing, and more).

The next iOS will be faster (e.g. FaceID is 30% faster), more efficient (e.g. swipe-to-type keyboard), and have a smaller footprint (including 50%+ smaller apps and updates). Maps (“Look Around” looks awesome & love the idea of shareable collections), Reminders (integration with Messages), Notes (Gallery view), and other Apple apps get overhauled, and there are some great improvements in Photos’ shooting (portrait lighting tweaks), editing (with tools extended to Video editing, too), and browsing (including intelligently hiding duplicate and similar photos).

Your iPhone will now also be able to send spam callers directly to voicemail, and there is also a low data mode being introduced to help with your data costs. Vaguely related, CarPlay also gets a new dashboard and other improvements (including Siri now working with Pandora and Waze).

Apple TV owners also got some good news with the announcement of multi-user support (through a control centre switching mechanism), as well as the ability to use the Xbox One and Playstation 4 controllers for games, which is an awesome addition for gamers. There’s also a new full-screen video homescreen preview, underwater screensavers, and Apple Music can display lyrics onscreen synced to the song that’s playing for you karaoke lovers out there.

A very cool addition that doesn’t fit neatly anywhere above is Apple’s new “Sign In with Apple” offering, which will make it easy for users to sign in using their Apple ID. We’ll see what the uptake is on this, but one of the many cool features is that services that ask for an email can be provided with a random email that Apple will create and forward to you and will keep associated with that app so you can delete it at any time in the future.

Siri has gotten an improved voice by virtue of neural text-to-speech technology and Shortcuts will now provide you with a gallery of suggested automations.

Apple continues to embrace its privacy positioning by announcing “Apple HomeKit Secure Video” (which saves your footage in the cloud) and “HomeKit for Routers” (which provides a safe environment on a per-device basis).

HomePod will be able to distinguish between voices to deliver personalized requests (e.g. Calendar, Notes, etc.) and recommendations, plus it adds live radio access to over 100,000 stations. But the coolest thing for HomePod owners may be that, if you’re wearing AirPods, you can walk into your home, bring your phone near your HomePod, and hand off the sound you were listening to to the HomePod (and the reverse can happen when you leave the house).

Speaking of AirPods, they’ll now be able to be set to read incoming messages when they arrive and you can just respond directly instead of tapping to do anything. There’s also an audio sharing feature that lets you listen to music or watch something with a friend with AirPods.

I won’t get into too many details about the new Mac Pro and Pro Display XDR monitor because, frankly, while they are a great response to a long-standing demand for a new higher end Mac, they are very far beyond the needs of the average user and priced so high (base Mac Pro is $5k USD and display has $5k and $6k version and an optional $1k stand, which allows the screen to rotate into portrait mode, which is pretty cool for coders and people doing portrait video or photo editing). So I think these will definitely be very niche products but, again, absolutely a win for those who have been clamouring the ultimate in Mac expandability and power. So instead of spitting out a whole bunch of specs, let’s just say you’ll probably never be in the presence of a more powerful computer than the new Mac Pro or ever see a screen as immensely capable as the 6k Retina Display. Oh, and you can order the Mac Pro with wheels – cool.

What did you think of the announcements? Let us know on social!

There has been a problem with your Instagram Feed.