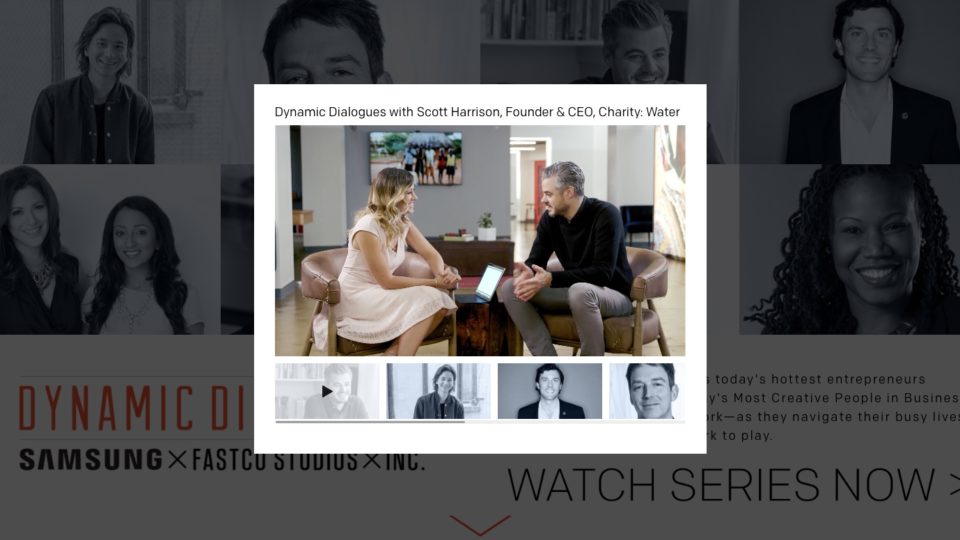 If you follow me on social media, you know April And May were busy travel months. I stopped counting the number of take-offs and landings, but I do have some excellent memories of our shoots across the country. I’ve worked as a host for Fast Company for a number of years, but this series is extra special. Unlike most of the interviews I’ve done, I actually got to spend a substantial amount of time with Fast Company’s Most Creative People in Business and Inc.’s 30 under 30. Here are the first of eight features.

More to come!  Bookmark the Dynamic Dialogues site for our final four episodes, which will be online soon.

"(#WhatsApp's) 'Invite to Group via Link' feature allows groups to be indexed by Google and they are generally available across the internet. With some wildcard search terms you can easily find some… interesting… groups." ...

PSA: Your WhatsApp groups may not be as private as you think

Don’t count on your private WhatsApp group being as private as you think. An important PSA has been making the rounds today after DW journalist Jordan Wildon noted that using Whatsapp’s “Invite to Group via Link” feature lets groups be indexed by search engines. Your WhatsApp groups may not ...
View on Facebook
·Share