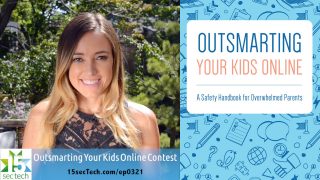 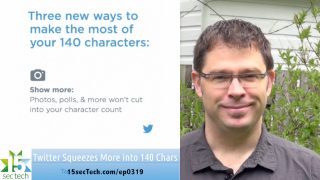 Here are some of our favourite episodes of our short-form tech show, 15secTech. Ep0319: Twitter Squeezes More into 140 Characters… Read More

Our unique Instagram video series that offers bite-sized tech tips, gadget reviews, and more launched in November 2014 and now grown to more than 6,300 followers over its first 200 posts on Instagram.  If you haven’t check out the show, please do on our new site www.15secTech.com.  We’re… Read More